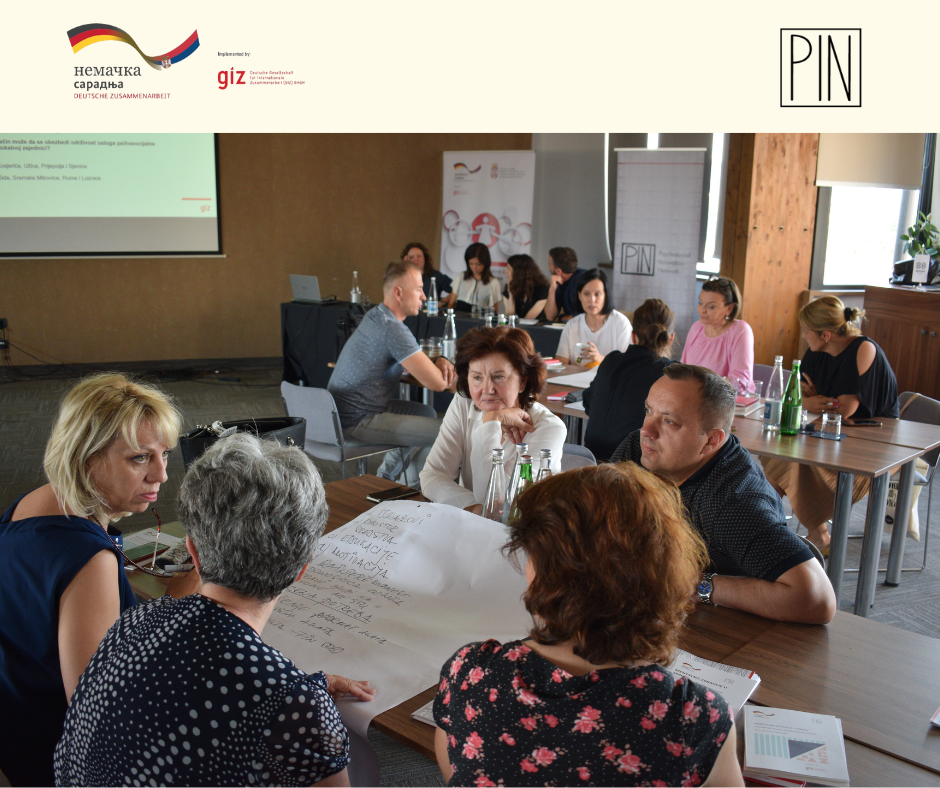 In order to present the results of implementing psychosocial support programs, exchange experiences and examples of good practice in local communities, as well as to discuss ways to ensure the sustainability of services focused on psychosocial support and mental health, we gathered service providers, representatives of local self-government units, centers for social work and service centers at the final event held on June 24 in Belgrade. It was our pleasure to share the results of the programs, which proved to be very necessary in local communities, as well as the conclusions on further steps to be taken in cooperation with local self-government units, so that these types of services would be continuously available and in order to contribute improvement of life quality of the local population.

The activities were carried out with the support of the Government of the Federal Republic of Germany, through the German-Serbian development cooperation project “Social protection services for vulnerable groups”, implemented by GIZ.